Just an attempt, at writing a poem.

Dedicated to everyone who fight battles "unknown" to most.

not a Hero to cling,

the one who is powerful beyond measure,

the one who won't ever give up to protect the world's treasure!

Then one fine evening I saw you,

the one fighting through the evil forces,

and maintaining your integrity,

you being 'yourself', despite the forces surrounding you,

forcing you to give up on being your true self!

I kept watching in awe,

for they were in dozens, closing on you,

and you were there, just the One!

I saw the evils getting you on your knees,

my heartbeat made a loud thud,

There I was standing,

watching you from my invincible fort,

the fort I had always lived in,

the fort I always thought represented the world!

That's when I saw your eyes,

for all the charm they were spreading,

yes, the fight had brought you down on your knees,

but it could not stop your dreams for where they were heading!

Deep down your eyes were tired,

from fighting the demons from so long,

but in there were dreams, hope and love,

The forces had you set on fire,

now my mind was playing the same song,

I screamed the song hoping I would reach you,

but boy, the fire didn't take so long!

There you were, all ashes,

leaving me alone with the song,

now I was the one bearing the torch,

of your dreams and love for the world in that song!

The song sang about freedom,

it was about love for one and all,

from the clutches of all the evil,

that we needed to fight in the world!

Holding the torch with both hands,

I ran towards the ashes out of the fort,

a tear from my eyes dropped,

on what were the ashes, and now just your thoughts!

I saw you rise,

and there in one instant you won over the forces,

The evils vowed to come back,

to slaughter everyone around,

but now you weren't alone to fight them,

for there were two with the song,

oh yes, there were now two with the song!

Well, I'm back to Mumbai after almost a year of leaving it. I missed you, but I was still wondering whether this was a 100% right decision or not. No, it isn't like I just came here without even knowing if this is good, 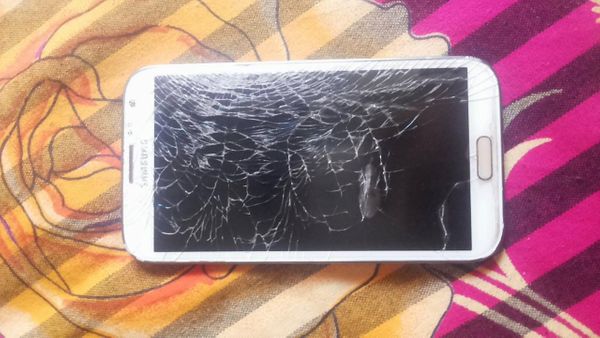 Yes, I wish "No Phone Person" could rhyme with "wallflower", I sincerely do. But then not having something rhyme is at least better than having broken up your phone while